Human-driven climate change is one of the greatest threats to modern ecosystems. The Canadian Arctic is among those ecosystems that are experiencing the most drastic ecological changes. Studying the responses of extant Arctic species to deep time and historical climate change events can provide an indication of their ecological adaptability and provide means of forecasting their future responses to ongoing change.

We use a variety of tools to study Arctic mammal ecology including, but not limited to, morphology, stable isotopes, radiogenic isotopes, and tooth wear. Study species have, thus far, included Arctic wolves, Caribou, and Polar Bears.

We are interested in developing a robust physiological, behavioral, and phylogenetic framework for reconstructing the niches of extant and extinct mammals. To do so, we use a variety of methods including tooth microwear, mesowear, tooth shape (2D and 3D), and stable isotopes (most especially δ18O). We also develop new methods for inferring palaeodiet based on tooth and skeletal morphology. 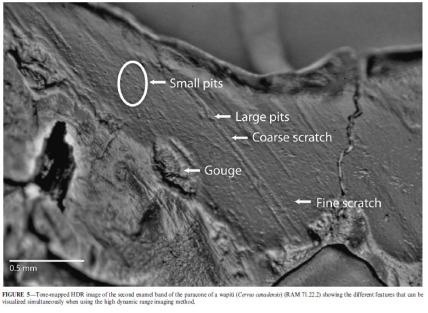 We are interested in palaeodietary inference because species’ niches determine their “life spans” (e.g. time from appearance to extinction), how they respond to environmental perturbation, and their propensity to give rise to new species.

Global change and the evolution of continental-scale biodiversity patterns.

Macroecological patterns (i.e. the ways in which species are spread across the landscape) are well characterized for extant faunas but there is a burgeoning interest in the causal mechanisms and, critically, in how they might change in the context of ongoing global change. However, it is difficult (impossible?) to tease these causal mechanisms apart using only the modern animal record.

We are therefore interested in establishing the deep-time evolutionary history of macroecological phenomena and evaluating how fossilization impacts our ability to understand how these phenomena change through time. 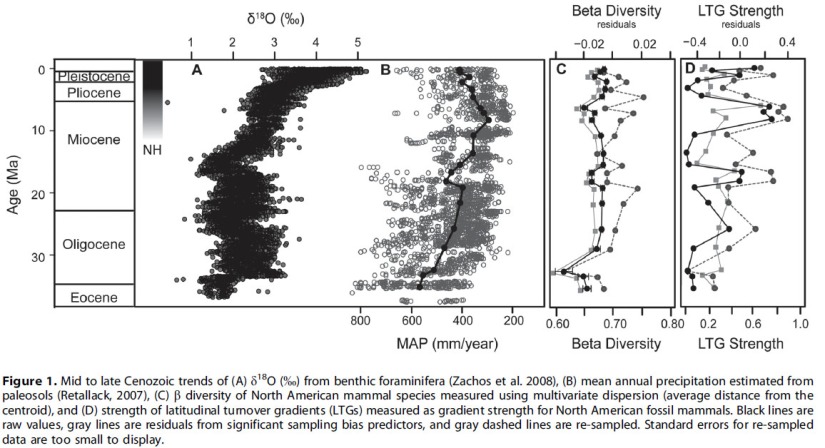 Speciation, extinction, and dispersal collectively determine the pool of species available to colonize local communities. Phylogenetic and functional diversity methods, which have primarily been applied only to extant mammals, allow us to infer how and why the assembly of local communities changes as the regional species pool is altered by biotic and abiotic perturbations. 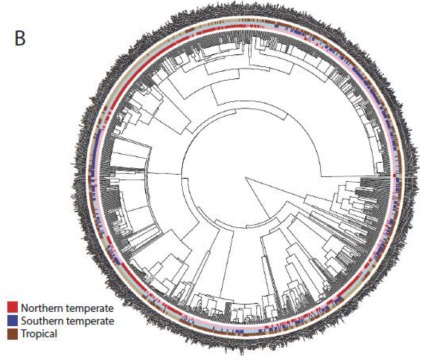 This research area is tightly allied with my interest in inferring species’ niches (above) and involves the use of various methods for phylogenetic inference, time scaling of phylogenetic trees, and other computational approaches.

As part of the Evolution of Terrestrial Ecosystems (ETE) working group, I study the assembly and disassembly of communities in deep time. We are broadly interested in understanding the formation of communities, when and why they form or disassemble, and what rules apply to their formation. We use a large database (assembled by the ETE group) of mammal and plant occurrences, primarily representing the Cenozoic.